As part of Communal Acts of Beauty I leave poems for hikers along trails. Most often these poems are left within Penasquitos Canyon Preserve. When I started leaving poems, I usually folded them and tucked them into tree knots or nestled within branches. This weekend however, after spending time on the same trails on back-to-back days, I saw that instead of people opening and taking the poem with them, they simply opened the unfolded paper and left it in the same spot for others to read. It’s a beautiful act of re-giving.

Here’s just a few pics of poems left along trails throughout Penasquitos Canyon Preserve in early-September, 2016. 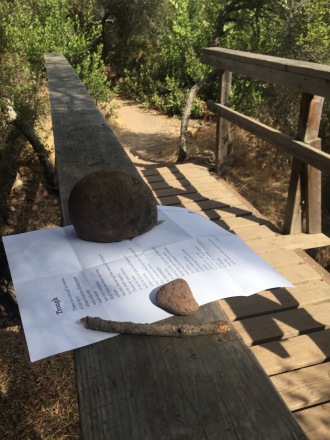 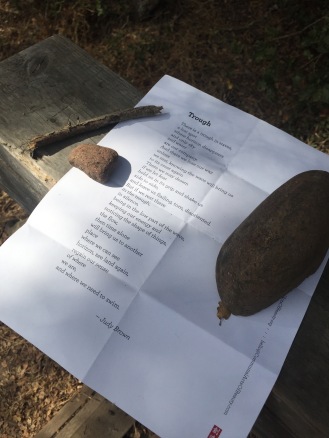 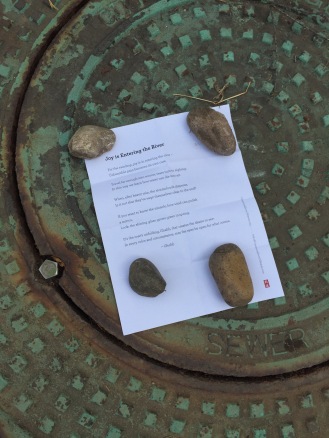 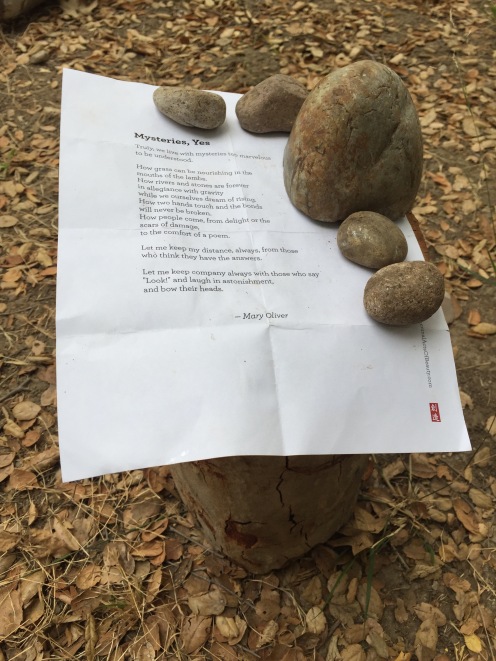 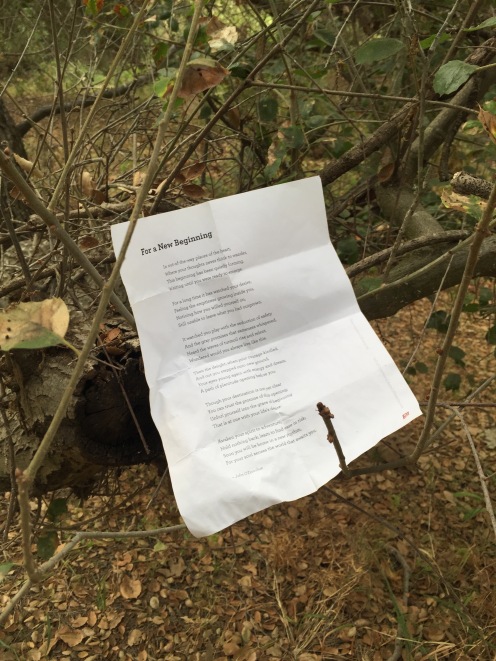